Everything Changes When You Love Someone 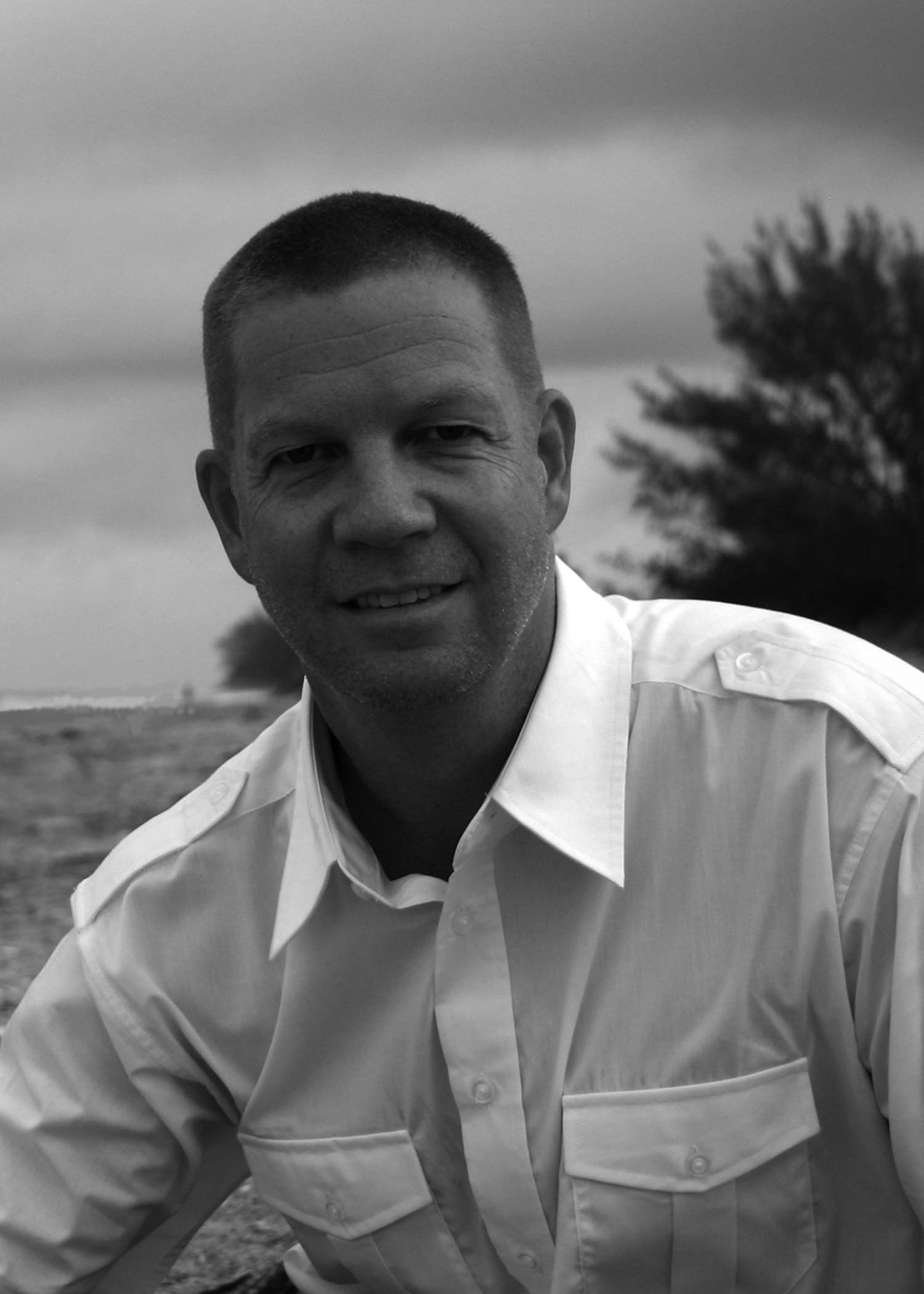 He pushed the accelerator pedal hard and felt the engine groan as he rushed down the entrance ramp onto the highway. He was late for work again. This time he knew his boss might not treat him so kindly if he missed the morning meeting that had been scheduled for weeks. He felt his blood pressure rising with the whine of the engine as he neared the end of the ramp. Traffic was thick as usual and he could already see it was going to be a trick to merge into the heavy flow. But he was late and someone would have to make room for him. So he sped toward the traffic as he turned on his left turn blinker.

It was worse than he expected, but still he plowed ahead. It didn’t help that he was on a phone call to his assistant asking her to stall for time until he could get there. It also didn’t help that no one seemed willing to let him in. But that was of no concern to him. At that moment, it was all about what he needed to do to get the job done. He was going to merge in and no amount of honking, finger waving, or hand gestures was going to deter him. And so, with the thinnest of margins, he jerked the car hard to the left, barely missing the rear bumper of the SUV before him and causing the driver in the car behind to slam on his brakes to avoid plowing into him. He smiled. “Amateurs,” he whispered, under his breath, as he looked over his left shoulder for an opening into the fast lane. Drivers be damned, he was going to get to the meeting.

He was on another call by the time he saw the signs for his exit. He was making good time and it looked like he might not be that late to the meeting. He could explain it away by saying he was on an important call with an important client. That should work. Either way, he was almost there when the most unthinkable thing happened.

Both drivers were distracted. One driver, the business man who was late for work, was on a call. The other, an older woman, was driving a car she had borrowed and was not familiar with. She was confused and slow to respond to the heavy traffic at the bottom of the entrance ramp. Her lane was merging onto the highway into the lane he now occupied. He saw her car out of the corner of his eye and thought to himself “There is no way I am getting out of your way”. He had seen this a thousand times on a thousand trips into work. Why some people don’t know the rules of the road was beyond him. It was her responsibility to get out of his way and he was not about to back down.

And so it was, with speeds too high and distances too close, that her front bumper clipped his back bumper. In terrifying slow motion, she began to lose control. Her car pulled violently to the left, tires screeching like fingernails on a chalkboard. With a sickening scrape, her car struck a truck to her left and ricocheted back across the right lane. She screamed as the car flew off the road, dust and dirt flying into the morning air until at last her car slammed violently against a piling of the bridge spanning the highway. The airbag shoved her hard into the back of her seat as she heard the windshield explode. Glass flew everywhere. A searing pain burst in her left leg.

He witnessed it all in his rear view mirror after he felt her car clip his bumper. The scene made him sick at once. Urgently he steered his car onto the shoulder of the road as he slammed on his brakes. He had his door open before the car came to a complete stop and he ran to the other car to see if the driver was all right. Traffic on the highway began to halt.

When he opened her door, the scene sent shock waves through him. It was not the blood that trickled from a cut on her wrinkled brow. It was not even the shattered glass lying about on the seat of the car as the airbag began to deflate. It wasn’t the odd twist in her clearly broken leg. No, it was none of that.

It was the pain on his mother’s face as she looked back at him.

Immediately he cried out “No!” Suddenly everything changed. His mind raced blindly from one disjointed thought to another. What was she doing in this car? Why didn’t I see her through the tinted window? What was she doing on the road at this time of the morning? No, no no! This can’t be! If only. If only.

Shame swirled with guilt washed over him in a suffocating flood. If only he had known it was his mother, he would have slowed down to 25 MPH if necessary in order to let her merge in ahead of him. He would have gladly yielded to her. He loved her so. His mind was reeling as he rushed in to hold her head in his hands.

Slowly she turned her head and looked back at him, confused and bewildered, still trying to understand what had happened and how it was that her son had come to her rescue so quickly. She loved him so. But in that moment she couldn’t even process the scene. Her mind felt thick and sluggish.

In the distance she heard the sound of an emergency vehicle working its way through the stopped traffic, its siren piercing the morning air, as her son held her face in his hands and wept.

You see, everything changes when you love someone.

He hung from the wood timbers naked and bloodied, his mind barely clinging to consciousness. For the past 13 hours he had endured physical torment beyond description or comprehension. His abusers had literally torn the flesh from his body with their torture implements, and the gaping wounds now coated the wood with his blood. His body was slipping into the final stages of death. It would come soon, he knew, and he welcomed the thought. It would be over shortly. The muscles in his arms screamed for relief as once again he attempted to lift his chest to gasp for one more breath. He knew his breaths were numbered. But he pulled with all his might. As he did, the thick iron nails, pinning his outstretched hands to the timber, once again tore into his flesh. His feet also had been cruelly nailed below him, limiting his movement and making it nearly impossible to lift his frame from the blood soaked beams.

Oddly, he did not cry out. He was saving what little strength he had left for one final statement. And though he did not speak, he knew the words he would soon cry and it brought an odd smile to his blood-soaked face. His eyes, blackened and swollen from the beating he had endured, were sticky with the dried blood that flowed from the crown of thorns that had been smashed onto his skull. Flies crawled on his face, devouring the blood in a sickening feast, and tormented him further with no way to brush them away. It was those eyes that looked heavenward in both dread and love. Dread for the separation that was soon to come. Love for those he would save as a result.

He thought of his mother standing in the distance and wondered how long it would take for her heart to heal after he was gone. He thought of his brothers and his friends and warmth flooded his soul. It was all for them, he knew, and that made all the difference. He loved them so. And the love he felt for them was greater than any could understand.

Finally, he knew the moment had arrived. He arched his back, filling his lungs as deeply as possible with the stifling air. This was it. The end had finally come. He mustered all the remaining strength he had and pushed off with his legs for one final breath.

The power in his voice surprised everyone. “IT IS FINISHED!” he screamed with the loudest voice possible. He was determined that there would be no misunderstanding, no doubt about what he had said. It was his moment of triumph and it would not be whispered under his breath. His voice shattered the stillness and sent a sickening shiver through all who stood below. It was finished, and with that final word he breathed a gurgling sigh as his final breath departed his beaten frame.

The guard, standing below, shuddered deeply and looked around at the silenced crowd, unsure of their response. “Surely, this was the Son of God” he muttered and turned away in shame.

God loved us so much that he gave us his Son to die on our behalf so that whoever believes in him might not die, but have life forever. And he did it all because of love.

You see, everything changes when you love someone.

Come hear Timothy live at one of these upcoming events and mention you heard about it through the newsletter. For details, click here to view Current Schedule.

We are actively scheduling preaching and music ministry events for the next two years. God has blessed abundantly with multiplied opportunities for ministry. If you are interested in hosting Timothy for a conference, concert, or preaching ministry event, please let us know as soon as possible so we can accommodate you. It would be a privilege. As always, all of the ministry events are booked on a simple love offering basis. If the church or organization is able to help with travel expenses it is appreciated but never required. You can use the online booking request form through the link below. Or simply call 941-445-3288 or email today at timothy@timothymark.com.